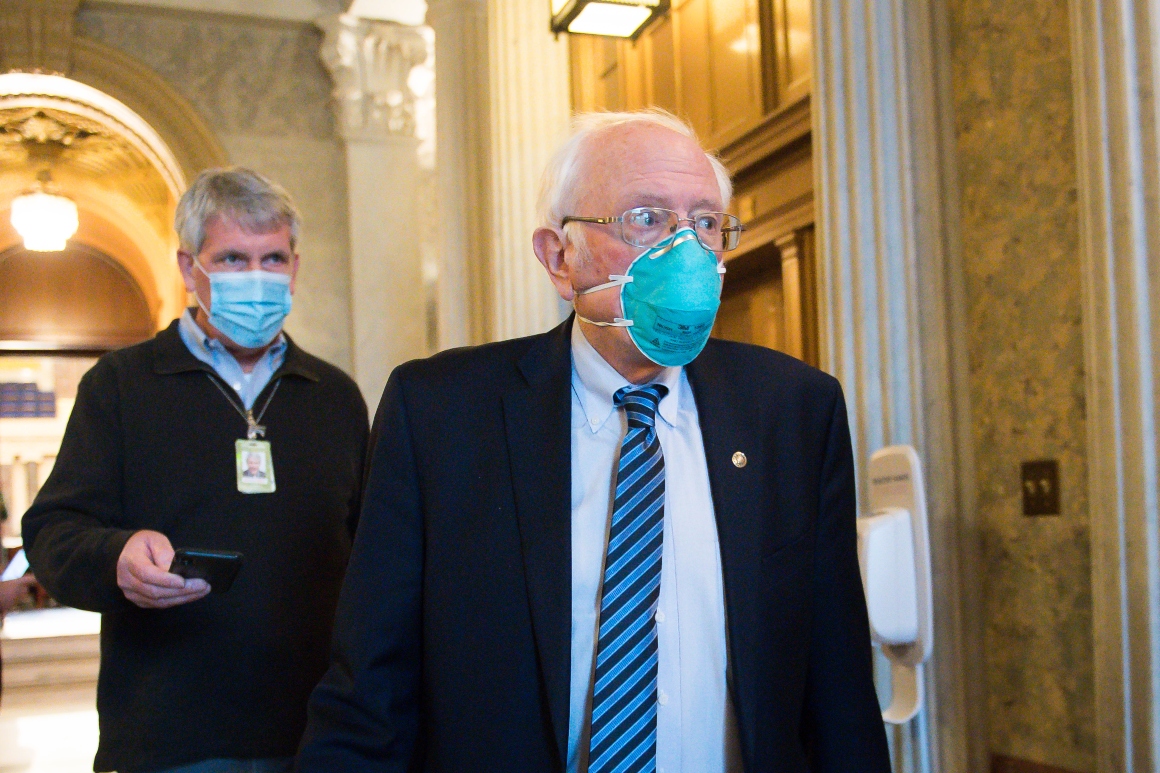 This interview has been edited for length and clarity.

What’s your vision for the upcoming year? How do you plan to approach the job of Senate Budget chair?

It is absolutely imperative that the Congress not lose sight of the fact that working families in this country are facing more economic distress today than at any time during the Great Depression. What Congress has got to show the American people is that … it can handle more than one crisis at a time.

While we must address the total irresponsibility of the president of the United States, we must absolutely move forward aggressively in dealing with the economic crisis facing working families today. … We have to start the process of rebuilding the economy and creating the millions of good-paying jobs that we need.

There are enormous challenges facing the Congress, and we need to show the public that we can face all of them simultaneously.

How should Democrats approach reconciliation during the 117th Congress? How far should they go?

I’m going to use reconciliation in as aggressive a way as I possibly can to address the terrible health and economic crises facing working people today.

Has President-elect Biden signaled how he might want to use this tool? Do you think it could be used for massive investments in infrastructure, for example?

I think we should think about how we use reconciliation in two ways. And it’s still not clear to me whether the two ways end up being in one piece of legislation or two. One is, dealing with the immediate crisis. Children in America are hungry. People are sleeping on the street. People are facing eviction. People have no health care in the middle of a pandemic. That is the immediate crisis of today, and it must be addressed.

But, there is also a systemic crisis that has been brewing for years that must be addressed. … What we’ve got to do is create millions of good-paying jobs, and that means clearly, as the president-elect has indicated, rebuilding our crumbling infrastructure, our roads and bridges. And I would add affordable housing to that, as well.

But it also means creating millions of jobs by transforming our energy system away from fossil fuels to energy efficiency and retrofitting homes and buildings throughout this country, and moving to sustainable forms of energy, and creating jobs in health care. If this crisis has told us anything, it’s that we don’t have enough doctors, we don’t have enough nurses and other health care personnel. We have to build a primary health care system which is now in very, very poor shape.

Second of all, we have structural problems that have to be addressed as well, to get the economy to work for working families.

You’re a staunch supporter of “Medicare for All.” Do you envision reconciliation being used for a massive expansion of health care? What might that look like?

Well, look, I am a very strong advocate of “Medicare for All.” I introduced legislation in the Senate. I think at the end of the day, the American people understand that our current health care system is so dysfunctional, so cruel, so wasteful, so expensive, that we need to do what every other major country on Earth does and get health care to all people. What we will be doing is working within the context of what Biden wants.

I will tell you this — that during this terrible pandemic when we’re seeing record-breaking numbers of people being diagnosed with the virus — the idea that 90 million people are worried about whether they can go to the doctor or not is cruel, it’s insane, it’s unacceptable. And that’s something that I think should be addressed and will be addressed in reconciliation.

As Senate Budget chair, you’ll be a key figure in setting overall defense and non-defense funding levels for fiscal 2022. There’s definitely appetite among progressives to rethink the Pentagon’s budget. How hard do you plan to push for cuts?

Let’s back it up and understand a couple facts. You understand you’re talking to the guy who led the effort to lower defense spending by 10 percent.

We’re talking about the military budget, which is now higher than the next 10 nations combined. No. 2, you’re talking about the Pentagon budget, which is the only major government agency which has not been able to undertake an independent audit. And I don’t think anyone has any doubt that there’s massive waste and cost overruns in the military budget.

I think if you check the record, you’ll find that every major defense contractor has been found guilty of collusion and fraud.

How do you expect to have that conversation with your fellow Democrats, some of whom aren’t so keen on the notion of military funding cuts?

Sign up today to receive the #1-rated newsletter in politics

Congress battles to strike stimulus deal on eve of shutdown