Vollara’s ActivePure technology is proven in university studies done at Kansas State University, for Vollara (Ecoquest at the time), shows that this technology has a 99.9% kill rate for bacteria and viruses. With the flu virus on the rise and the Corona virus spreading Secret Body Medical Spa is happy to ensure healthier air while you are at their Spa. “We want our patients and employees to know they can breathe in clean uncontaminated air at Secret Body Medical Spa,” says Kate Robertson. 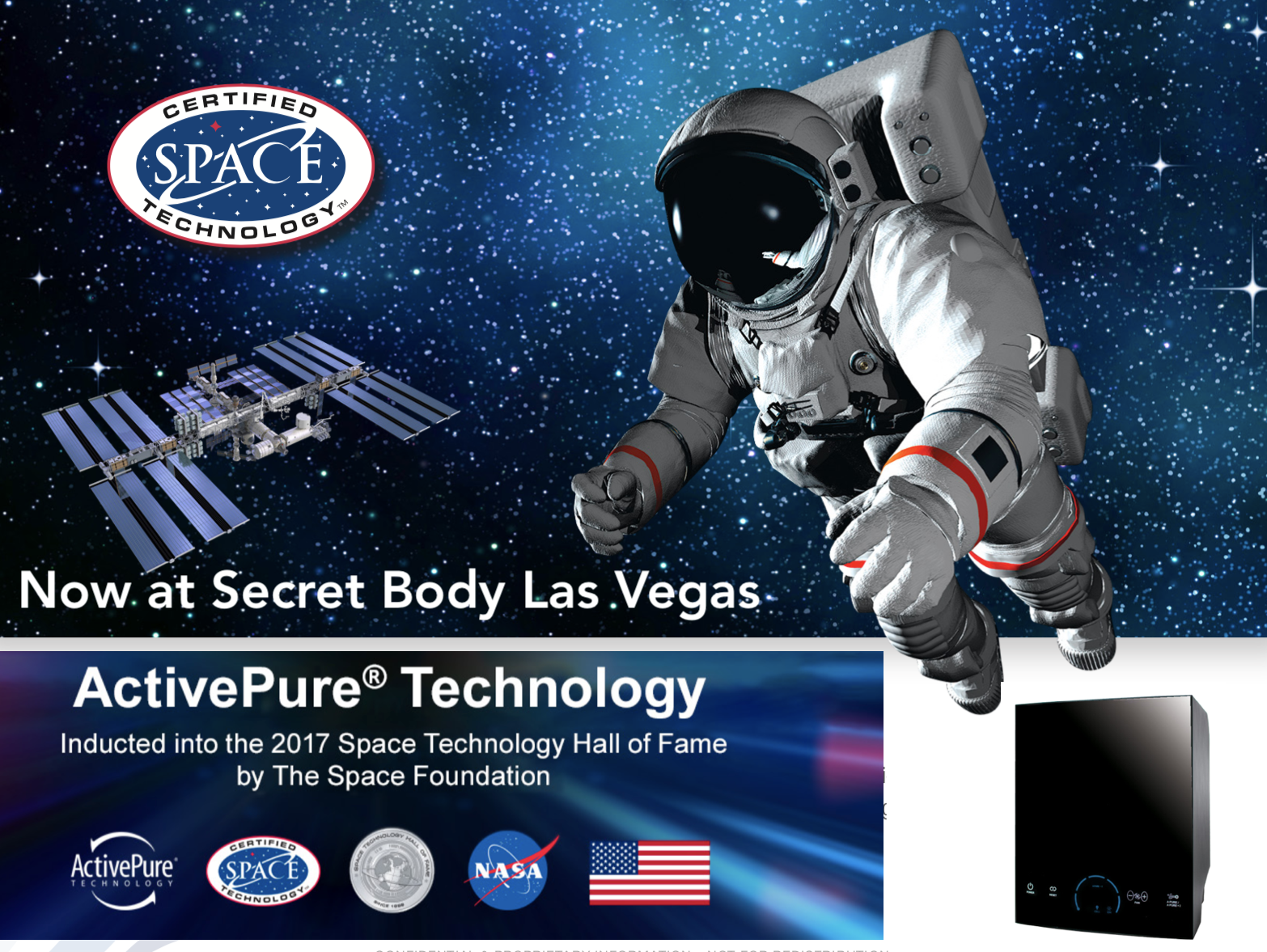 Las Vegas, NV, March 02, 2020 –(PR.com)– Secret Body Medical Spa, a leader in Las Vegas for the fat freezing treatment and third in the nation for the Coolsculpting procedure, ensures clean air at their medical spa investing in Vollara Air Scrubbers.

Vollara’s ActivePure technology is proven in university studies done at Kansas State University, for Vollara (Ecoquest at the time), show that this technology has a 99.9% kill rate for bacteria and viruses on surfaces as well. Several of the bacteria and viruses tested were Avian flu, Noro (sp) virus, staph, MRSA, strep, E-coli, and many other.

The technology kills germs by duplicating the effects of nature. Known as radiant catalytic ionisation (RCI), the primary air purification technology used by Vollara (EcoQuest) is so advanced that the Pentagon used it after 9/11, the Red Cross used it during the California wildfires and now many schools, as well as many major companies are using it to purify the air indoors. Unlike an air filter, this purifier actually goes out and attacks pollutants at their source.

“We thought what a better way to promote our event in a healthy breathing environment by launching Cooltone with Vollara air scrubbers,” says Kate Robertson Secret Body Medical Spa manager.

This complimentary event is being offered to introduce greater Las Vegas and Summerlin residents to the benefits of CoolSculpting combined with CoolTone and is a fun way to get to know more about the staff and full range of services provided at Secret Body Las Vegas. You will also be able to witness a live demonstration of the CoolTone treatment.

The upcoming CoolSculpting + CoolTone event is designed to appeal specifically to anyone trying to transform their bodies by losing stubborn fat without surgery or to tone up without the gym. The new CoolTone by Coolsculpting is quickly growing in popularity because there is nothing quite like it. Secret Body Medical Spa’s CoolSculpting Las Vegas unique fat-freezing experience eliminates stubborn fat in problem areas that are resistant to diet and exercise. The company says they feel very good about offering clean breathing air and ensure you will be breathing uncontaminated air while at Secret Body Medical Spa.

About Coolsculpting Las Vegas
Secret Body is #1 in Nevada for Coolsculpting and third in the nation for the fat freezing treatment. The CoolSculpting Las Vegas procedure is FDA-cleared for the treatment of visible fat bulges in the submental (under the chin) and submandibular (under the jawline) areas, thigh, abdomen and flank, along with bra fat, back fat, underneath the buttocks (also known as banana roll) and upper arm. It is also FDA-cleared to affect the appearance of lax tissue with submental area treatments. The CoolSculpting® procedure is not a treatment for weight loss.

About Secret Body Medical Spa
Secret Body Medical Spa is among a handful of CoolSculpting practices in the nation to achieve this Diamond Crystal status. Secret Body specializes in the fat freezing treatment, called, Coolsculpting, in Las Vegas. Their luxury medical spa is 100% non-surgical. They strive to incorporate The Elements of a luxury spa. Chairs and tables are covered in soft, warm blankets with pleasing colors. Soothing music is played in the background in an atmosphere of calm and quiet. Their staff includes a highly trained team of certified Coolsculpting technicians with years of experience and medical assistants, with supervision by a plastic surgeon, working together for maximum results for each client.
www.anthemsecretbody.com

About Vollara
Vollara is positioned as a global leader in natural health and eco-friendly technologies. Our family of companies has a rich 85-year history dating back to Electrolux, USA, a company known for excellence in its technology, unmatched service, and endless accomplishments. Its products have been honored in the Smithsonian and its satisfied customers number over 50 million.
https://www.vollara.com/Site/WhoIsVollara

Every Hour the World Loses More Than 2.000 Soccer Field’s Worth of Topsoil. This Year’s Winner of the Katerva Awards is Desert Control Who Set Out to Save Earth’s Soil.