Salman Khan is a fitness freak and he often shares videos of him working out at his gym on his social media. Today, the actor was snapped cycling on the streets of Mumbai. He wore a black t-shirt and black shorts teamed with a grey jacket. He completed his look with a cap and a pair of sneakers.

Check out the pictures here: 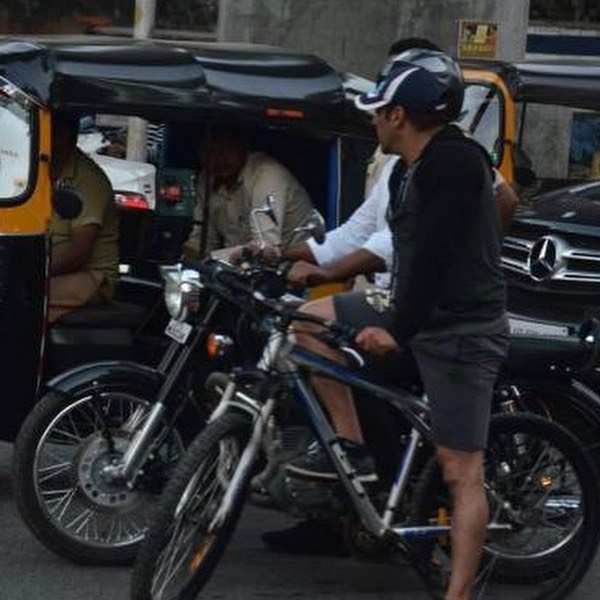 A horrifying incident has been reported in Delhi. Reportedly, a group of female students were molested by some drunken men who entered Gargi College in the capital during the fest. A few girls shared the incident on social media and wrote that how despite security and police present, reportedly they had to face molestation. And now, Huma Qureshi and Swara Bhasker took to respective Twitter handles to condemn the incident and expressed their anger.

Check out the tweets here:

What the hell is going on in #Delhi Madness & depravity in Gargi College!?!? #Shameful https://t.co/AO2K8rp9gN

Mass molestation in #GargiCollege What the hell is going on ?? This is where I studied…. Makes me so sick and ang… https://t.co/AY8oNLmhsH

Kartik Aaryan and Sara Ali Khan are leaving no stones unturned to promote their upcoming romantic drama ‘Love Aaj Kal’. The duo has been sharing pictures and videos of them on their social media accounts. Now, sometime back, Kartik posted a new picture where he can be seen feeding Sara with his hands. Sharing the picture on his social media, Kartik wrote, “Kaafi dubli ho gayi ho Aao pehle jaisi sehat banayein”.

Anushka Sharma has been away from the silver screen for more than a year now, however, the actress is quite active on her social media. She keeps her fans updated with her regular posts. And today, a video of her has surfaced on Instagram where she can be seen her working out at the gym. In the video, Anushka is seen lifting weights in the gym. She sported an olive green jegging and grey top.

Vidhu Vinod Chopra’s ‘Shikara’ has been the talk of the town. The film is based on how Kashmiri Pandits were forced to leave the valley. However, many Kashmiri Pandits felt that the film has been commercialised and as what they faced in Kashmir was more than the movie has shown. Soon, #BoycottShikara started trending over social media. Recently, in an exclusive interview with ETimes, the director-producer opened up about the same. Check out the interview here:

Kartik Aaryan and Ayushmann Khurrana will be putting the limelight on the subject of homosexuality with their upcoming films ‘Dostana 2’ and ‘Shubh Mangal Zyada Saavdhan’. Talking about the commercial race between the two, Kartik said that highlighting LGBTQ is more important than box-office numbers. According to him, the industry is working unitedly for the cause. He also added that both the films have different plots but the subject is important and hence everyone is invested in it equally.

You have visited a jewellery store online and a diamond ring caught your attention, curious as to how it will