SEATTLE, Jan. 13, 2021 /PRNewswire/ — A panel of distinguished judges evaluated a record number of applications received from 13 countries for The Sigourney Award-2020 and have selected four winners. Today, William A. Myerson, Ph.D., MBA, and psychoanalyst co-trustee of The Sigourney Trust, announces the work that merits winning this prestigious, independent annual award which includes a substantial cash prize. 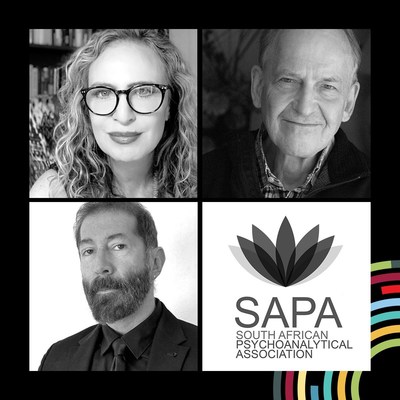 “The accomplishments rewarded recognize the evolution of our profession and represent the courageous application of psychoanalytic thinking as it is emerging around the world,” says Dr. Myerson.

The Trust’s founder, Mary Sigourney, sought to expand psychoanalysis in the world by recognizing and promoting the most insightful work that advances psychoanalysis and psychoanalytic thought and its ability to benefit the public good. Judges for The Sigourney Award hold strong to the Trust’s mission and remain anonymous to support an unbiased and thorough evaluation process.

The Sigourney Award-2020 Winners (Alpha order)
Patricia Gherovici, Ph.D., is a psychoanalyst who serves as Associated Faculty for the Psychoanalytic Studies Minor at the University of Pennsylvania and co-founder and director of the Philadelphia Lacan Group. Originally from Argentina, Dr. Gherovici’s work with marginalized communities, began with Latinx and expanded to include gender and sexual variant people. Addressing the complexities of delivering mental health services to disenfranchised and/or impoverished communities, her work is at the forefront of a change within psychoanalysis. In a departure from traditional psychoanalysis, she has been developing a new form of psychoanalytic practice oriented toward progressive social transformations for people segregated by “oppressive notions of normalcy.” Before most people within psychoanalysis were thinking about speaking about intersectionality, Dr. Gherovici was illuminating how race, trans and queer studies intersected problematically with psychoanalysis. Her work with trans and gender nonconforming analysands has contributed to the emerging new field “transpsychoanalytics.”

Anton Oscar Kris, M.D., is a professor of psychiatry at Harvard Medical School, a psychoanalyst, a Training and Supervising Analyst at the Boston Psychoanalytic Society and Institute, and a past Executive Director of The Sigmund Freud Archives, Inc. Dr. Kris’ work has helped to sustain and grow Freud’s theories in an age that has misunderstood and challenged Freud’s relevance, while providing leadership in a careful reconsideration of them. Where necessary, Dr. Kris led discourse which criticized and corrected Freud without any trace of idealization or devaluation through careful study of Freud’s source material and method, free association. As the Archives’ Executive Director, Dr. Kris’ work included raising funds and establishing the freedom from copyright for Freud’s holographs and bringing the Archives into the public domain, publishing them on the Library of Congress website. The digitization of the Archives has exponentially expanded readership. In the first six months, the new pages received 165,000 visits. These efforts provide invaluable and unprecedented visibility of Freud and psychoanalysis, the importance of which will be apparent to future generations of analysts, scholars, historians, and the lay public around the world. Balancing a deep appreciation of psychoanalysis’ roots with a modern, humanistic approach to and adaptation of traditional Freudian concepts, Dr. Kris’ work has already influenced analysts and psychotherapists around the world.

Helí Rafael Morales Ascencio, Ph.D., founder of the Social Foundation of Psychoanalysis in Mexico City, Mexico, is also a founding member of two other movements that include The Lacanian Analytical Network and the Psychoanalytic Letter Sculpture. The pioneering work of Dr. Morales addressed the lack of institutional psychoanalytic work aimed at low-income people in Mexico and illustrates how intersecting psychotherapy and activism can help survivors of violence and their families. He founded the Social Foundation of Psychoanalysis whose analysts provide care for victims of sexual violence and relatives of the 177,884 missing women in Mexico. One in three Mexican women are reportedly experiencing physical or sexual violence. The Foundation’s psychoanalytic listening clinics in Mexico City, Cuernavaca, Morelia, Puebla, and Oaxaca receive people without financial resources or hurt by sexist violence in response to the epidemic levels of physical or sexual violence. The Foundation has established a new and rare relationship between the state and psychoanalysis helping to implement support for rape victims through the Attorneys’ Office for Sexual Crimes in Mexico City.

The South African Psychoanalytical Association (SAPA) of Cape Town and Johannesburg, South Africa, is a nonprofit organization that has dramatically increased the reach of psychoanalytic thought and psychoanalysis for people with histories of apartheid, racism, and trauma in South Africa. SAPA successfully established the first psychoanalytic society accredited by the International Psychoanalytical Association on the African continent and helped deconstruct racist barriers within psychoanalysis and psychoanalytical training. SAPA president, Elda Storck, accepts the Award on behalf of the organization. Through clinical, applied, and community work, SAPA has enhanced access to psychoanalysis across all economic and demographic boundaries for South Africa’s people. Following apartheid in 1948, South Africans who wanted to train as psychoanalysts had to study abroad, an opportunity only accessible to those who had the socio-economic status and means necessary. As a result, trainees often remained abroad. Overcoming significant systemic racial and economic obstacles, SAPA graduated its first “homegrown” psychoanalysts in 2016. Currently the organization has 23 analysts (15% black), 25 candidates (33% black), an unprecedented achievement of analyst diversity in Africa and around the world.

“The unprecedented quantity and quality of the applicants’ work made the judges’ assignment particularly challenging. We hope the winning work inspires others to consider how they too can expand their work to greater benefit humanity,” says Barbara Sherland, J.D., co-trustee of The Sigourney Trust.

Formal presentation of both 2020 and 2019 Award winners is tentatively planned for July 2021 and dependent on COVID protocols in place then.  Applications for The Sigourney Award-2021 are accepted beginning March 2021 for work completed within the past 10 years. Applicants who do not win are welcome to enter again. Visit www.sigourneyaward.org for information. 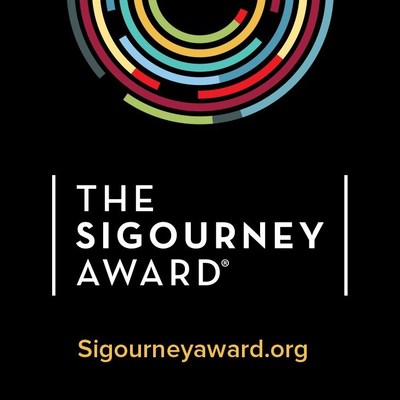 Video Game Makers Want to Get Players Off the Couch