After much anticipation, the makers of the Irrfan Khan starrer ‘Angrezi Medium’, have released a first-look poster that not only gives us a good look at the leading man and his co-star Radhika Madan but also reveals the film’s trailer release date.

The poster featured Irrfan in uniform as the Queen’s guard and Radhika, who plays his on-screen daughter, holding on to him tightly. The highly anticipated trailer is set to drop tomorrow, February 13, while the film has been scheduled for a March 20, 2020 release.

Along with the release of the bright and colourful poster, the team also dropped a video compilation of film stills featuring co-stars Kareena Kapoor Khan, Ranvir Shorey, Pankaj Tripathi & Kiku Sharda among others. The clip came along with a special voice message by Irrfan, who shared an update about his ill health. 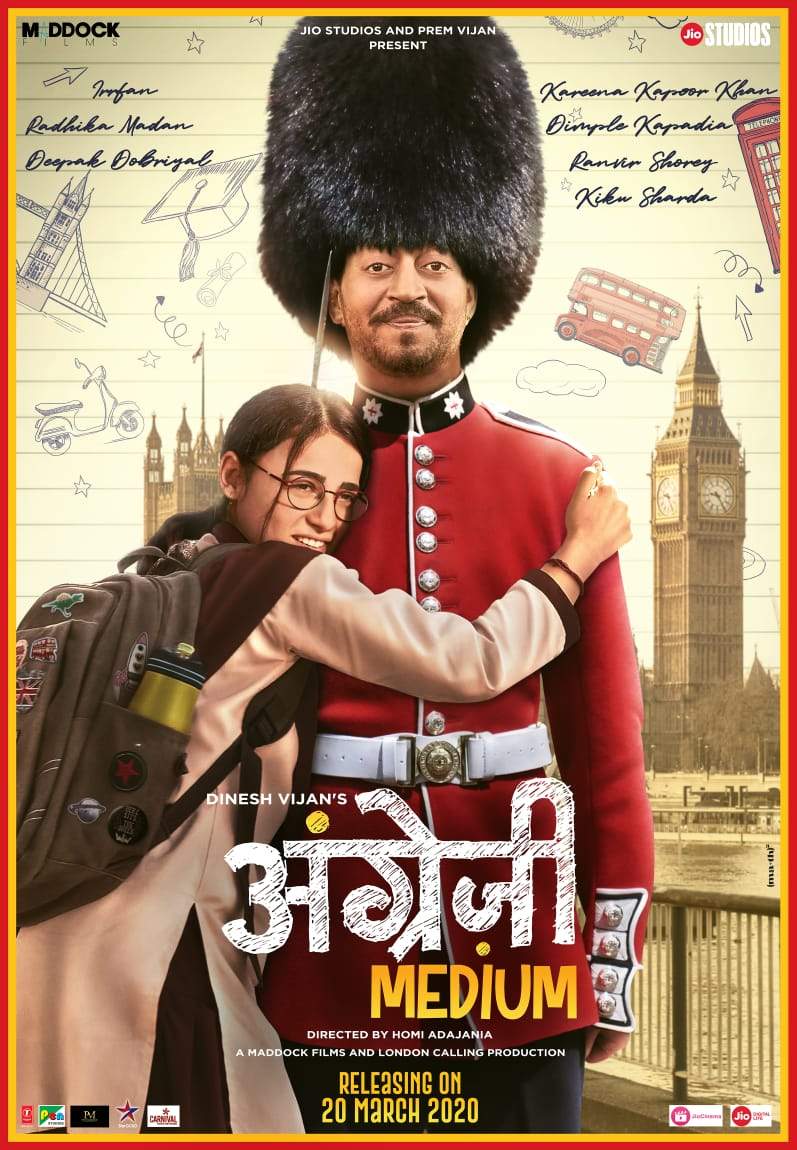 The actor, who has been battling cancer, said in his note, “Hello brothers and sister. This is Irrfan. I’m here with you and yet I’m not. This film Angrezi Medium is very special for me. I truly wanted to promote this film with the same love with which we made it. But my body has been gatecrashed by some unwanted guests… Whatever happens, I’ll share with you all.”

“When life gives you lemons, you make lemonade. Sounds good,… but when you get a handful of lemons it isn’t that easy to squeeze them. And we always have the choice to stay positive. In situations like these it’s up to us to make lemonade,” he says.

Going on to speak about the film, he says, “And with this positivity, we made this film. I hope it will give you something and make you laugh, cry and probably laugh again. Enjoy the trailer and be kind to each other and watch the film.”

“And yes, wait for me,” he concludes.

Directed by Homi Adajania and produced by Dinesh Vijan the film that is a sequel to ‘Hindi Medium’ will see Irrfan essaying the role of actress Radhika’s father while Kareena will play the character of a cop.