The World Rally Championship will pay its first ever visit to the Arctic Circle at the end of next month after striking a deal with Finnish motorsport’s governing body.

Arctic Rally Finland is a direct replacement for Rally Sweden, which was cancelled back in December due to troubling coronavirus case numbers in the Varmland region.

Based out of the city of Rovaniemi, and taking place from 26-28 February in temperatures that can dip to -30 degrees Celsius, Arctic Rally Finland is the calendar’s sole snow meeting.

The Arctic Rally’s inclusion means the series will visit Finland two times this season, with the other coming at Rally Finland between 29 July and 1 August.

The managing director of WRC Promoter, Jona Siebel, revealed that his team had its work cut out finding a like-for-like replacement for Sweden in such a short space of time.

“Since it was confirmed in December that Rally Sweden would not take place, we’ve been working hard with AKK Sports, the city of Rovaniemi and the enthusiasts there to try to make this event happen,” explained Siebel.

“It’s been a tough race against time and my thanks go to all involved. Although the rally starts in just 44 days, we know AKK will leave no stone unturned to ensure it reaches the same high standards as the traditional summertime Rally Finland. 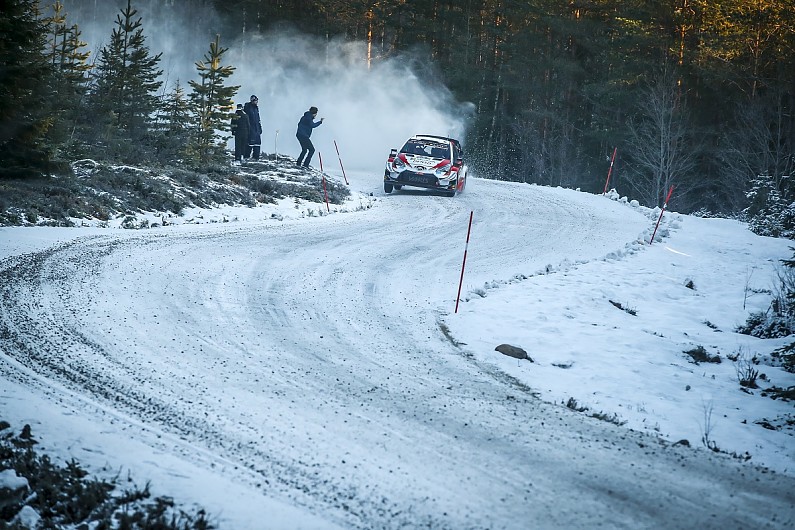 “Winter rallies provide some of the sport’s most spectacular action. A winter wonderland of full snow, and big snow banks lining the roads, are a driver’s dream.”

A traditional shakedown stage will take place on the Friday morning of the event followed by the opening special stages later that evening.

This will be followed by two loops of three stages on Saturday ahead of Sunday’s tests, which includes the bonus points power stage. In all, crews will tackle 260km (161.5mi).

The FIA’s rally director Yves Matton confirmed that it will run under strict COVID-19 procedures, although a decision on whether fans will be allowed to spectate has yet to be taken.

“With Arctic Rally Finland joining the WRC calendar, we’ll experience a rally in a region that has always made us dream and where conditions promise to be optimal for a snow event,” said Matton.

“Following the unfortunate cancellation of Rally Sweden in December, this is proof that with challenges can come opportunities.

“I would like to thank AKK and the organising team for their commitment, professionalism and determination, which enables them to make a second round in Finland a reality within a short time window.

“We will give all our help and support to ensure a great success for this new round.”